You are here: Home / Hustle / Why I Killed Off A 6 Figure Revenue Stream

As of December 1st, I shut down a six figure revenue stream.

I shut down all client relationships that didn’t have a 5k minimum or some sort of tie in to the revenue we generated for them. In total, that worked out as a handful of clients bringing in ~$100,000 in revenue each year that I turned off. Just like that.

It sounds like a lot of money (and it is), and if you’d told me two years ago that I’d do that, I’d have laughed at you, and told you I was stupid (maybe I am). But I did it. Here’s why I think it was smart decision. 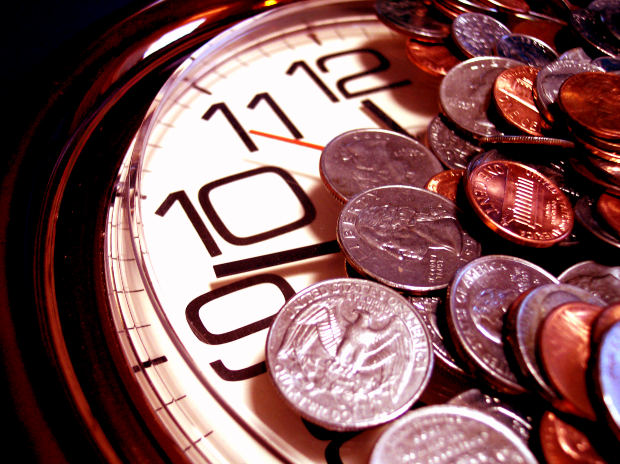 My Health Took A Backseat

My health is my number one priority, and I let it go completely over the last few months.

Work took over. My sleep schedule was jacked. I was eating like crap (I definitely wasn’t eating paleo). I was constantly exhausted, and I found all the reasons in the book to stay away from the gym.

I decided I needed some time to recalibrate and to simply focus on myself, fitness, and on getting back to where I want to be in order to do the things I’m planning on this year.

In order to do that, I had to set down a few of the balls I kept trying to juggle.

Making six figures plus is great but it loses its luster when you start giving up big chunks of your life for it. That’s especially true for client projects. I found that, in many cases, I was spending more time on my clients’ projects than I was on my own.

In certain cases that’s okay. But when I realized I was personally spending 50+ hours/week on client work, and wholesale neglecting my own, I realized it was taking too much of a toll on my life.

The Opportunity Cost Was Too High

If you go to the agency site now, I have a 5k minimum monthly retainer for all new clients. If there’s no 5k retainer, I require either a tie in to the revenues or a percentage of the business.

Put simply, I don’t like to say no to clients, and this is the only way I can rationalize investing my time in other projects.

It may seem like I’m bragging here, but here are the results the agency has got recently:

Honestly, for any company we work with that has a substantial marketing budget, even if we engage at the minimum retainer level, for the results achieved, we’re practically giving it away. Results are exponential in relation to the investment, so I’m working on making those client relationships reflect the performance status.

Also, at this point, the opportunity with my own projects is too great to engage in other work which brings in less than 5k.

If I have to sacrifice my time, energy, and focus for someone else’s project, I have to be tied in, so that it becomes a priority for me. Otherwise I’ve got a million other projects, including this pretty important one, that I need to focus on. On one level, 2k/month on a client project is great, but if that project keeps you from making 20k/month six months from now on a project you own completely, it might not be the smartest decision after all (and it wasn’t for me).

Agency work is tough to scale. If you dug into the numbers, you’d be amazed at how few marketing agencies actually make money. Typically, agencies run into the client-capacity conundrum. This means they’re trying to juggle clients (revenue) with capacity (expenses), i.e. employees who can handle the marketing needs of their clients. Because there’s rarely a moment when an agency is at exactly 100% capacity, anytime you increase revenue, you run the risk of having to add more personnel to handle that additional client.

Note: I think consulting is one of the best businesses to start once you quit your job. However, you’ll want to think twice before starting a full-blown agency.

That’s a crappy situation to be in, and I’ve seen way too many agencies teeter on the edge of profitability because they can’t figure it out (and even when they manage to figure it out, the agency is only modestly profitable).

It’s a tough balance to strike, and most agencies typically scale by hiring more and more people to handle more and more clients.

We avoided that from the get-go with the Impossible Agency. We’ve been profitable since Day One. But we found ourselves in a few relationships that were less profitable than others. If we had continued with them, they would have led to major opportunity cost issues on our own projects.

By coming back to only projects we own, we’re making it much, much easier to scale projects and profits.

After two years of working for myself, I’m finally at a point where I need to only invest in projects that I own (or which I at least have a stake in).

This may or may not come back to bite me but it’s the next step I have to take. At this point in the game, if I don’t own at least a small percentage of the project, it’s very hard for me to rationalize any sort of time investment in it.

IMPOSSIBLE has been generating revenue for the last two years but I’ve essentially neglected the business aspect of it for all intents and purposes.

It’s a great brand but, in order for it to grow to the level I believe it can reach, it needs to become completely self-sufficient and systematized (it’s about 80% there right now).

I took some time to myself over the last few months. I spent some time in time in Vietnam, chatting with Dan. As per usual, he asked a few questions that got me asking myself a few questions as I spent time reflecting in Hawaii and Miami.

Like most of the final decisions I make, it came down to looking myself in the mirror, and giving myself a gut-check.

That’s all it took

I knew what I had to do.

Your gut is usually right. Listen to it.

So, where do things stand? Good question.

Impossible Agency isn’t going anywhere but we are getting more selective, and we’re upping our rates. We still have a few clients who we’re tied in to, we’re super selective, and our work starts at a 5k/month retainer (unless there’s a really attractive revenue share or equity stake option available).

However, instead of focusing on clients, projects, and sites that I don’t own, I’m going to put more and more energy into ones I do own (namely IMPOSSIBLE) and a few other secondary projects I’ve built over the last few years. Essentially, we’re going to be in-housing our #1 competitive advantage rather than selling it for time. I think this is a good long-term strategy.

I’m going to be eliminating most of these and streamlining the ongoing maintenance for any existing ones. The creation and set up process for this has been almost completely automated, so I’ll still create new ones when there are opportunities, but we’re going to be more stringent about which ones we take on.

I’m also implementing strict metrics for project, and I’m going to ruthlessly cut any that don’t meet these metrics. In other words, there will be no more “side projects” – only “side hustles”.

Impossible has been clipping along at a steady pace in spite of the expanded “extracurricular” projects that stole my focus. Last year alone, we built a school, launched an app, brought on a new team member, and systematized almost everything around here.

In 2014 we’ve got big plans across the board, and we’re developing our focus. Look out for more media (not just on the blog) and the most ambitious project I’m going to take on to date.