You are here: Home / Adventures / Why Physical Fitness Is A Terrible Goal

Physical fitness is a terrible goal.

Lets break it down. 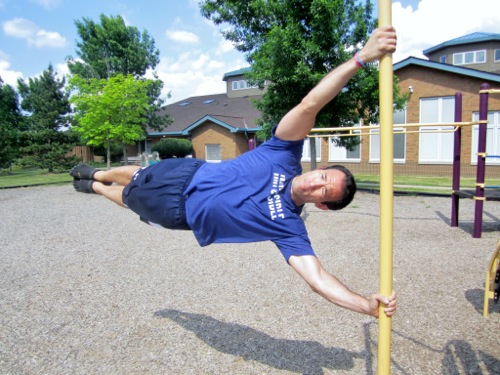 Why Physical Fitness is a TERRIBLE Goal

There’s a whole bunch of reasons.

Physical fitness is not a definite goal.

Because it’s not defined, it’s not measurable. Physical fitness has no benchmark. You can never know if you’re actually there. There’s no metric.

All of these (except one) are incredibly specific. You can either do them or you can’t.

The problem with being “physically fit” is it has no definition – it’s just is (whatever that means). It changes for different people.

But being “physically fit”, provides no actual metric for knowing how far you’ve come or if you ever get there. There’s no benchmark, so while it’s a nice ideal, it’s not really attainable.

Most people try to be physically fit, but because they’re not measureable, and not attainable, they never properly orient their actions around their goal (because one doesn’t really exist). Instead of making concerted efforts in a choreographed manner, they do a little here, and a littler there, but they never actually improve or learn anything.

They try a few exercises for a few weeks, but they essentially stay the same person with the same knowledge when they started out. 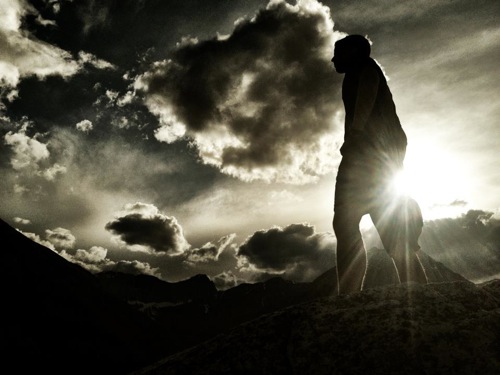 They’re Attainable
Set a challenge, something you might think is impossible, then go do it.
Don’t wait around.
If you want to do it, you can go out and try, try, try until it’s done.
They’re Measurable

If that sounds daunting, it’s much better than staying in no-man’s-land and never knowing. Failing sucks, but it isn’t fatal. At the very least it gives you feedback in one way/shape/form.

With challenges, you can either do it or you can’t. There’s no “maybe.” There’s no more questions of whether of not it’s possible. It either is or isn’t.

Not only is this effective, but it’s a lot more fun.

It’s really hard to learn something while trying to be physically fit because your next course of action is blurry.

You might try a few different things, eat a few different foods and head to the gym a couple times a week, but you most likely won’t create focused routines, form habits, or make lasting changes. You can spend tons of time learning to get fit while never actually learning anything.

Because the goal is vague, your immediate next steps aren’t clear. Challenges change that.

You might be completely ignorant when you start, but by the time you cross that finish line/lift that weight/lose that weight, you’ll know infinitely more about yourself and the subject area than if you started from scratch.

The Real Problem With “Fitness” as a Goal

It’s Lazy. No, it’s not necessarily lazy with your workouts – it’s lazy goal setting. “Being fit” is a lazy goal. It’s easy to say and most everyone will accept it, but no one will call you out on it.

Then go do it.

But, don’t cop out and pick a vague goal like “fitness” and wonder why you don’t achieve it. Be concrete.

The less specific you are with a goal, the less likely you are to achieve it. If you don’t say it or at the very least, write it down, you won’t do it. Have the courage to say what you really want. This goes for fitness. This goes for life.

The Real Power Of Challenges

The real power of challenges is they give you focus. They give you something to orient your behavior around. Fitness is a great concept, but its an unfocused goal and incredibly difficult to measure your progress. Set a challenge, then go do it and learn a ton of things along the way

If you want to set better goals, set more challenges.

Set impossible challenges, and then catch up with them! – Richard Branson

How do we do that? Simple. Follow this formula:

A few concrete examples of this include:

Don’t be lazy and set terrible goals. Be specific and set impossible challenges. Then catch up to them.

We’ll take an even deeper look at this in an upcoming post. Stay tuned.

Big props to Mike for killing it in his Impossible Shirt