You are here: Home / Mindset / 2,000 Cold Showers and Counting – An Interview with Rita Chand

Since then, I’ve created an app, done a TEDx talk on it that’s received almost 500,000 views, taken a cold shower in Antarctica, and gotten more hatemail about this one topic than anything else I’ve ever written.

In the Cold Shower Therapy App (iPhone / Android), we have a leaderboard where people have literally tracked thousands of showers over the past couple years. 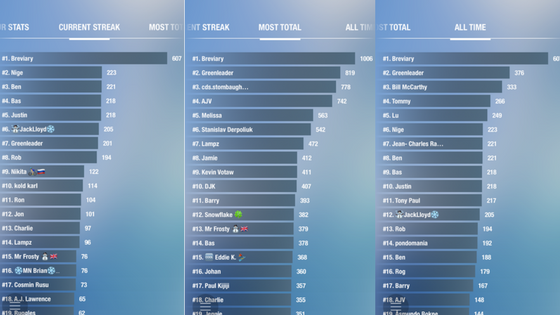 However, today I want to introduce to one who’s been doing it every day for the last 5 years.

Tell everyone at IMPOSSIBLE a little bit about yourself

My name is Rita Chand. I’m 47 and I’m an Event Designer and Executive Assistant based out of Victoria, BC (west coast of Canada).

When did you find Impossible?

I started reading the IMPOSSIBLE blog about 5 and a half years ago, approximately. I can’t remember how I found you, but I’m ever thankful I did! It may have been via FB or Twitter, your headlines/blog titles were always so eye catching and challenging, so I had to read ’em!

When did you find out about cold showers.

BEST QUESTION EVER! I read about them in your blog post back in March 5 years ago. I think the day before the challenge started. I remember reading it and thinking “WHAT THE HELL ARE YOU TALKING ABOUT?!” but I got really excited. I felt butterflies and goosebumps and all those other things related to doing something that makes you uncomfortable. So when I finished the post…I could hardly breathe! I knew what I was going to do…and i was TOTALLY freaked out about it.

What made you want to try them?

Part of what made me try them was I was convinced YOU didn’t think I could do them. I didn’t even know you then, but I was absolutely convinced that you thought I couldn’t. I also didn’t think I could do them…so I had to try them. And at that point, I was already doing a nutritional program that required taking out wheat, dairy, grains, processed foods, sugar and alcohol, so it kinda made sense that April 1, 2012 was a good time to start. I knew it couldn’t hurt with the amount of discipline it was already taking to be on that program. Plus I had just started exercising again after a rather extensive double quad injury so I knew that I’d see benefits there too. And I won’t lie…I was scared.

Note from Joel: I’m not sure where Rita got this idea that I singled her out, but if you need to think that I personally don’t think you can do it to motivate you, go ahead and make me the villain! I’ll allow it!

What were you hoping to get out of your first cold shower and your first 30 sessions?

I wasn’t even sure what I wanted to get out of taking cold showers. I just knew I was in the right frame of mind, and I remember one of the things you had mentioned in your original post was about discipline…and who couldn’t use more discipline in their lives? I don’t think you asked us to set a goal in the first 30 day challenge, (you did in a later one which was awesome!), but to be honest, I think I was interested to see just how uncomfortable I could get. I used to stand in the shower at first, just stand there. Not knowing what to do with myself…and then I started visualizing the cold water stripping away extra weight and sending it down the drain never to be seen again. It worked. I consistently lost about 2lbs a week during that first 30 days.

Why did you keep going? How many total have you done?

The reason I continued was because I don’t do anything half way. When I was about half way through the 30 days I started to notice a difference in my skin, and my hair, my skin was softer, my hair was shinier. Not to mention the 2lbs a week I was dropping just by taking the showers (or at least that’s what I told myself). Anytime I’d wake up sore from the gym, I’d look forward to the cold shower. It seemed like a good way for me to challenge myself even more, especially when I took on my 100 day work out challenge.

I worked out every single day for 100 days and it was the most exhausting and extensive physical thing I had ever done, and my cold showers got me through it. Oh and I couldn’t tell you exactly how many, but I know 5 years, every day equals 1865, and quite often I take 2 showers a day when I’m consistently working out, so…I’d say I was WELL over 2000 cold showers…if not more.

What sort of benefits have you seen? Mental? Physical?

As for benefits…oh my gosh. Well I don’t look 47. So there’s that. I am convinced it’s because I wash my face in cold water every morning. I don’t have any lines on my face, no wrinkles and I don’t have much in the way of skin issues. Anytime I wake up with a fever, or a headache, or should I happen to have a glass of wine too many and wake up with a hangover, I immediately get my head under cold water. It takes care of pretty much all of that stuff. I’ve been pretty sick a few times over the past 5 years and I’ve never not taken a cold shower. In fact, physically, the benefits are so extensive when it comes to sore muscles etc. that I will take 2 cold showers a day. And one of my favorite things to tell people is that I’ve learned discipline in a way I’ve never known it.

I can honestly tell you, I can’t live without my cold showers anymore. I have a lesser tolerance to hot water now, so I soak my dishes before washing them, and I never wash my hair in hot water. It takes me longer to warm up in the morning, but I put heated floors in my bathroom about a year in, so that helps a lot, especially in the winter. I’ve heard that being cold is good for the metabolism…so I’d count that as a benefit!

Have you tied CST to other goals in your life OTS (outside the shower)? If so, what are your other ones?

Outside the shower. ha! Yes. I have. You had set up a challenge for 30 days a bit later in that same year, which I took on along with a bunch of friends, and I took on cleaning out my basement which was A MESS, and by the end of the 30 days, my basement was awesome! I also lost 75lbs that first year I did CST. I changed my health in a lot of different ways but I think CST really got me focused.

I’m not your typical IMPOSSIBLE follower. I’m not someone who enjoys crazy adventure sports, or running a thousand miles, or anything like that. I do like to live my life at a very high level. And CST helps me with that. I have a lot of my best ideas during my cold showers. And I’ll be honest, I’ve shed a lot of tears in my cold showers as well. I find the whole process healing. So why on earth would I stop?

If I could say anything about what Impossible and CST has brought to my life is that it’s allowed me to expand who I am as a human being. Cold showers are easy compared to some of the stuff people take on in their lives. We have spent time in my life being totally comfortable with where I am, even though I’m not happy or fulfilled. I’m not saying that doesn’t still happen on occasion, but one thing I can be totally counted on for is to have a cold shower. And when I tell people about it, they wanna know about it, but most aren’t willing to try it. Because it’s too uncomfortable. I figured if I can go to Africa and get jumped by a lion while on safari and survive that (true story), I can have a cold shower for 5 minutes every day. I’m a better person for it. And I was pretty awesome before I started.

What would you tell someone who’s thinking about taking a cold shower but thinks Joel is full of it?

One of the other things I’d like to say is that I’ve struggled with my weight my whole life. It’s been something I’ve “worked on” and “put up with” and “survived” and “tolerated” literally, my entire life. It wasn’t until I started taking cold showers that I started to feel like I could do anything, including stop struggling with my weight. I don’t chase numbers anymore. I chase wellness. And part of my wellness regime is taking cold showers. Why on earth would you want to give it a shot? Life is so much more than hot showers. Oh and one other thing…Joel doesn’t tell you not to take hot showers. He doesn’t care what you do once you’ve had your 5 minute cold one. Be willing to step just slightly over the line of your comfort zone and you never know what could happen.

If that doesn’t get you fired up to start taking cold showers, then I’m not sure what will.

If you need additional help getting started, these links will help:

You can also download the Cold Shower Therapy app at the links below:

Take a cold shower. Push your limits. Do something impossible.