You are here: Home / Mindset / 4 Killer Workouts from Living with a Seal That Will Push Your Limits

I finished reading Living with a Seal in about 3 hours this week. It’s a good read and you can read my main takeaways here.

The quick rundown is Jesse Itzler has done quite a few things (former rapper, sold a private jet company, ZICO, Hawks owner, and married Sara Blakely of Spanx to name a few), but he got a little too comfortable.

So he hired a former Navy SEAL to come live and train him for a month. He doesn’t mention who SEAL is by name in the book (he literally just calls him “SEAL” throughout the whole book), but as soon as I heard about the book and Jesse describe SEAL (massive Navy SEAL who runs ultra marathons with broken feet and doesn’t talk much),  I thought to myself, “that has to be David Goggins.”

If you’ve been following IMPOSSIBLE for any amount of time, you’ll know who David Goggins is. I’ve written about him here, here, and here. I even had the chance to interview him a couple years ago when he was setting the world record for the number of pullups in 24 hours (along with a few other posts about him on Nerve Rush).

He’s one of my favorite athletes in the world and hiring Goggins to train you for a monthwould be a ballsy move.

After doing some digging, it turns out, the SEAL in the book was David after all. #boom 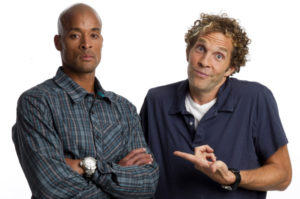 The book is worth a read if you’re interested in pushing your limits, but I thought I’d share some of my favorite parts of the book – the workout challenges Jesse actually completed throughout the month.

Keep in mind, these are not prescriptions or workouts you should do (if you do this, do it at your own peril – and don’t sue me or Jesse).

That said, they’re interesting challenges and if you’re crazy enough to try them out, have fun 😉

If you’ve ever done this before, you know how much it sucks.

Then you realize the time constraints that David put on it.

I’m doing this this week – I’ll let you know what my score is here.

No time limit, but keep time & try to beat your previous score.

5 pull ups / 10 pushups EMOM (every minute on the minute)

While you can do this if you’re in ultra shape, this is one of those ones that sounds sort of easy at first (4 miles isn’t that bad) and then you quickly realize it’s torture given the frequency & length of time you have to do it over.

The only reason this is manageable is because it’s so spread out. You’re running 2 marathons in a day (48 miles essentially). Plan on saying goodbye to sleep for the weekend. 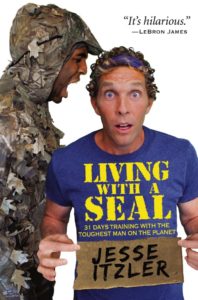 Bonus: Jesse mentioned that this was the hardest workout they did throughout their whole time. Gnarly.

So what do you think? if you’re looking for a workout to throw into your routine to shake things up, think about one of these challenges. Do them at your own risk.

Be sure to thank Jesse & David when you’re done.